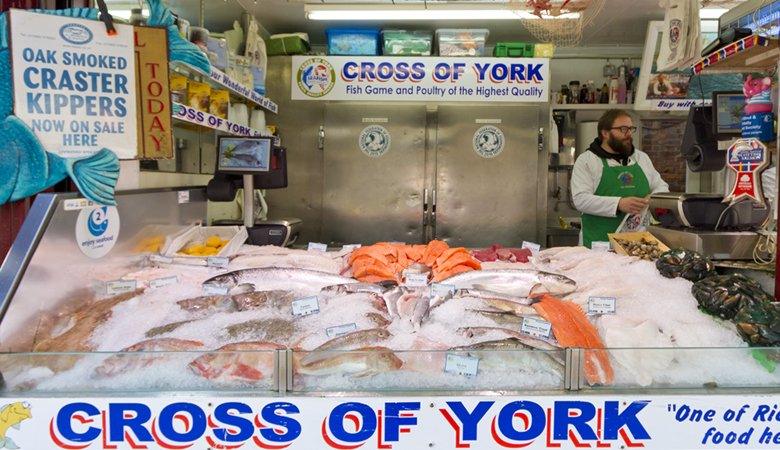 Fish is not just for Friday so stop by Cross Of York for a wide range of fresh fish, shellfish and game all year round.

Now in their fourth generation of fishmongers, the Cross family began as fisherman in Flamborough. The owner Andrew Kenny is a past President of the National Federation of Fishmongers. They have been trading on York Shambles market since 1957 and supply many restaurants and food businesses around the city, and have even have their fish used on “Master Chef.”

Cross of York see themselves as knowledgeable fishmongers. They sell a large range including traditional cod and haddock from the East Coast monkfish, turbot, lemon sole, salmon, king scallops, John Dory and much more. Keep an eye out for specialities such as Craster kippers and samphire alongside their seasonal offer of game meats in autumn. 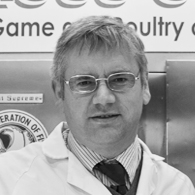 “Cross of York takes great pride in helping you in your search for excellent quality fish at an affordable price.”